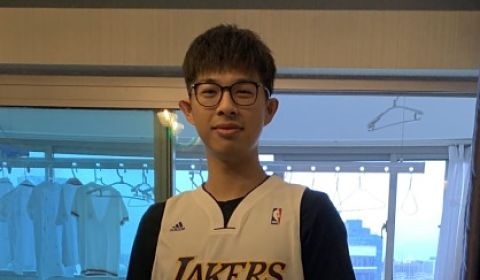 Congratulations to former Bishopstrow student, Harry who achieved A*s in Chemistry, Maths and Physics plus an ‘A’ in Chinese.  Harry will now take up a place at UCL to study Engineering.

Harry arrived at Bishopstrow in 2017, with limited English.  Bishopstrow was his first experience of a British education, having been educated in China previously.  Harry spent a year at Bishopstrow, enrolled on the College’s preparation-for-boarding programme for senior students.  Whilst at the College, Harry was Head of House and also represented Bishopstrow at basketball.  During his time at the College, Bishopstrow’s academic team supported Harry with applications to ‘destination schools’, working closely with Cherry Education Consultancy (CEC), Harry’s agent.  Harry secured entry to the sixth form at Prior Park College, a popular destination school for many of Bishopstrow’s students.

“Harry’s teachers at Bishopstrow are delighted by his success, which epitomises the possibilities available to international students after they have studied at Bishopstrow.  It is a real joy to see such a positive and hardworking young man doing so well.”

“It is a remarkable achievement given his limited English and academic background upon arrival at Bishopstrow in 2017 and a wonderful vindication of Bishopstrow’s ‘model’.  He has very fond memories of his time at Bishopstrow and I know that both he and certainly our team at CEC would like to thank you and your team for the inspirational start to his academic journey in the UK.”

We would like to take this opportunity to pass on our best wishes to Harry.  We are confident that he will achieve further success at UCL.